The magnificent new bar at the Chestnut Hill Brewing Company’s Taproom. (Photo by Brendan Sample)[/caption] by Brendan Sample Less than three years after opening in the Market at the Fareway, the … 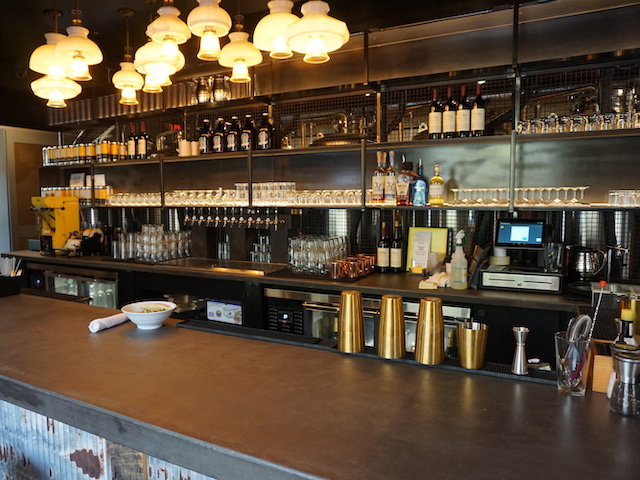 Less than three years after opening in the Market at the Fareway, the Chestnut Hill Brewing Company has already expanded with a new Taproom, which opened in early September. While the Taproom will continue to offer much of the same food and drink selections as the Brewing Company, it has also expanded the menu with new selections.

New food items include fresh pasta and salad offerings, including the option to make your own. Four more taps and specialty cocktails highlight the new drink options, and customers are even able to get a close-up look of the brewing process with six large kegs in full view behind the main bar.

Lindsey Pete and Nick Gunderson, co-owners and spouses, became interested in expanding when the space that occupied Green Soul became available. Pete and Gunderson felt that this would be a great opportunity to offer customers something different than they could with the Brewing Company, specifically with more seating and food options.

“We are thankful for our loyal customers who have been following our progress and have come to check us out in the early weeks,” Pete said. “We have heard positive feedback. Our customers have enjoyed the food, beer, service and the atmosphere. We are definitely still working on getting the word out about our new space, and we want people to know that we not only have dinner, but are a great spot for lunch too.”

The entire process of opening the Taproom took approximately a year to complete. It was an interesting challenge for Pete and Gunderson, since they had not attempted such a large undertaking before this. With Pete handling the business operations and Gunderson as the main brewer and “handyman,” they both had plenty of work to do to get things up and running, but have made the most out of this new experience. 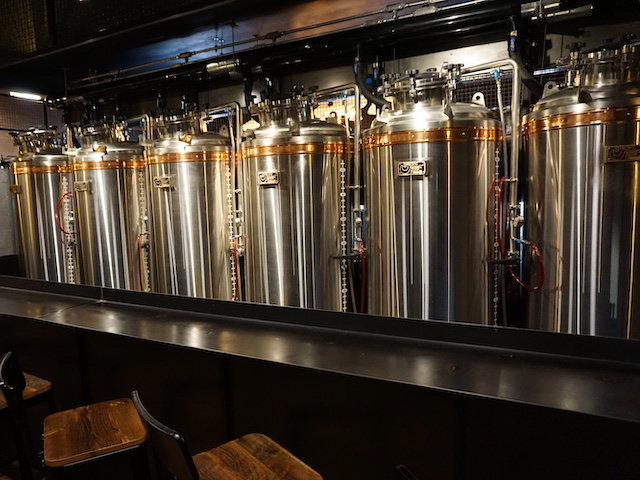 At the taproom, the brewing operation is on display. (Photo by Brendan Sample)

“I’ve enjoyed the challenge with our expansion,” Pete explained. “I have never done a big construction project from the ground up, and I have enjoyed learning all of the aspects along the way. Every day there is something new and it keeps my mind constantly working. Nick's favorite part is brewing beer on his new 5BBL system (an upgrade from the 2BBL system he had previously).”

With plenty of positive feedback early on, Pete and Gunderson will continue to work to provide customers with more of what they have come to expect from the Brewing Company, along with a few new initiatives.

“We want to focus on building a strong business with happy employees and happy customers,” Pete said. “We want to continue to ensure we are offering a high-quality product and experience, constantly keeping things fresh, interesting and current. “In the near future, we will be offering an app where customers can place and pay for orders ahead of time and pop in to pick it up. We understand people are busy these days and we want to make getting our products convenient. We are also working on a loyalty program with our app.”

Visit the Brewing Company's website for more information. Brendan Sample can be reached at brendan@chestnuthilllocal.com or 215-248-8819.

Bird in Hand to relocate