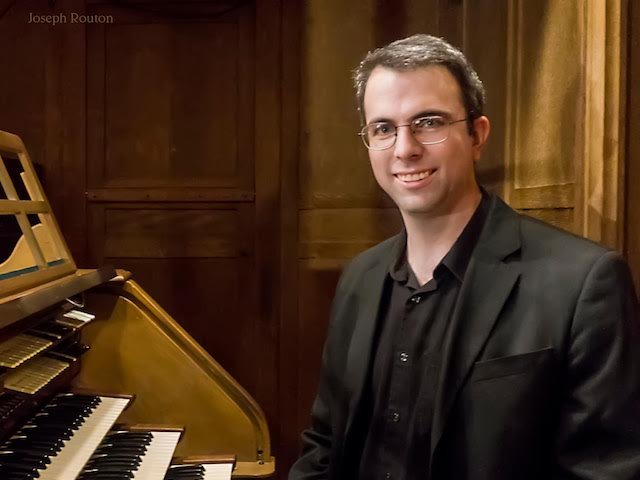 Erik Meyer, musical director at the Episcopal Church of St. Martin-in-the-Fields, will be leaving his post as of Sunday, Jan. 5. (Photo by Joseph Routon)

The Episcopal Church of St. Martin-in-the-Fields, Chestnut Hill, hosted its 33rd annual “Advent Procession” Sunday, Dec. 8. Readings from the Old and New Testaments were enhanced by the singing of seven choral works by the parish’s Adult Choir led by music director Erik Meyer.

The choral pieces included two “Advent Responses” by Palestrina, “Never weather-beaten sail” by Parry, “Hail the true body” by Byrd, “The Angel of the Lord” by Biebl, “Let all mortal flesh keep silence” by Bairstow and “Peace be unto you” by Manz.

All were sung with eloquent phrasing, expert balance between the vocal ranges, broad dynamics and pristine diction.

Meyer will be leaving his post as of Sunday, Jan. 5. He will be sorely missed at St. Martin’s, in particular, and throughout Chestnut Hill for his exemplary musicianship and generosity of spirit.

St. Paul’s Church will be the site of the Mendelssohn Club’s annual “Feast of Carols” concert Saturday, Dec. 14, at 5 p.m. A cornucopia of carols and anthems will be sung, including the audience “sing-along” with the choir.

On Dec. 14 at 7:30 p.m. in the Presbyterian Church of Chestnut Hill, Piffaro and guests will perform “Tyding Trew: Caroling in Early England.”

For those adventuresome enough to journey into historic Society Hill, Mark Bani will conduct the Schola Cantorum of Old St. Joseph’s Roman Catholic Church, 4th and Walnut Sts., in “Lessons & Carols” Sunday, Dec. 15, at 3 p.m. Bani is a former student of Richard Alexander, the legendary former music director at St. Paul’s Episcopal Church. “Old St. Joe’s” is the oldest Catholic parish in Philadelphia, founded in 1733 by the Jesuit Fathers. The musical program includes works by Bach, Wesley and Purcell. 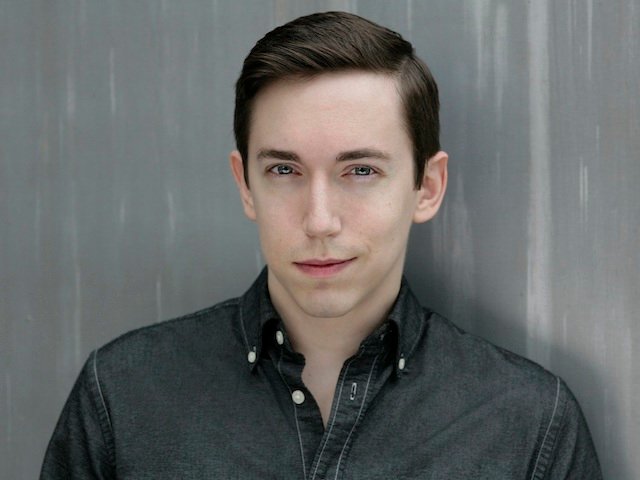 Tenor Jonas Hacker, a graduate of Philadelphia's Academy of Vocal Arts, was the tenor soloist in the Philadelphia Orchestra’s recent performance of Bach’s “Mass in B minor” at the Kimmel Center’s Verizon Hall. (Photo by Kristin Hoebermann)[/caption]

Yannick Nezet-Seguin conducted the Philadelphia Orchestra, four vocal soloists, and the Westminster Symphonic Choir in performances of Bach’s monumental “Mass in B minor” Dec. 5, 6 & 7 in the Kimmel Center’s Verizon Hall. I heard the Saturday evening concert and came away reassured that Bach is the greatest of all classical composers and that local classical music lovers continue to receive an ongoing Christmas gift from the Orchestra by having Nezet-Seguin as its music director.

Composed between 1724 and 1749 (the year before his death), Bach’s “Mass in B minor” is not so much a compilation as a continuum of his abiding Christian faith and his peerless mastery of counterpoint.

A devout Lutheran in the employ of the German Lutheran city of Leipzig, Bach nonetheless viewed the Latin text of the Church of Rome’s “Mass” as the central hope for Christian ecumenism. Its words contain the central core of Christianity and, as such, are the only hope for reunion of all the Christian churches: Roman Catholic, Eastern Orthodox, Anglican and Protestant. That Bach, himself, never heard the score performed – it fell to Felix Mendelssohn to conduct its “premiere” nearly a century later – seems almost appropriate since Christians seem no more likely to reunite today than they did in Bach’s time.

The “Mass in B minor” is also a compendium of Bach’s towering command over the contrapuntal style of composition, reaching all the way back to the immaculate polyphony of Palestrina and right into the more relaxed counterpoint of Bach’s contemporary, Handel. Much like the unaccompanied settings of the “Mass” by Palestrina, Bach’s “Mass in B minor” proffers a bounty of vocal and choral writing as melody, harmony and development.

Running nearly two hours in length, Bach’s “Mass in B minor” poses daunting challenges to even the most accomplished conductor. After holding it together, you’ve got to make music out of all those notes.

As he has on so many other occasions, Nezet-Seguin not only met those challenges Saturday evening – he surpassed them. He invested the choral singing with his own brand of intensity matched with sensitivity. He drew singing from the Westminster Symphonic Choir that was potent yet expressive while maintaining an impeccable balance between contrapuntal integrity and tonal blend.

He oversaw excellent singing from soprano Carolyn Sampson, mezzo Karen Cargill, tenor Jonas Hacker and baritone Benjamin Appl. Academy of Vocal Arts’ alumnus Hacker was the most successful of the quartet, singing the high “tessitura” of his solos with effortless ease and stylistic authenticity.