Baker Street manager on a mission to raise $50,000 to fight cancer

Baker Street manager on a mission to raise $50,000 to fight cancer 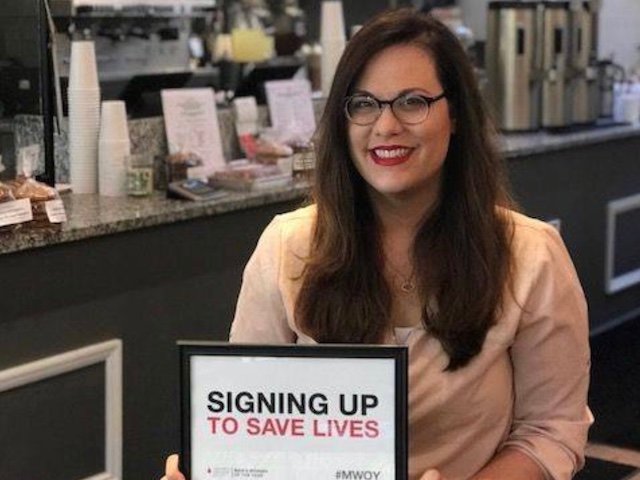 And thanks to businesses and shoppers who have contributed to the upcoming Chestnut Hill Gives Back on May 1, Clawson is a step closer to meeting her goal. Eighteen local businesses donated a portion of their proceeds or made a donation to support her campaign for the 2019 Leukemia Lymphoma Society Man and Woman of the Year.

“MWOY is a fundraising competition in the United States to raise funds for LLS, the world’s largest voluntary health organization dedicated to fighting blood cancers,” Clawson said. “LLS’s goal is to cure Leukemia, Lymphoma, Hodgkin’s disease and Myeloma, as well as improve the quality of life for patients and their families.

“Since my sister’s diagnosis in late 2016 and up until she passed away, Katie and I co-captained the LLS Speedy Turtles, a group of volunteers who have raised nearly $17,000 for LLS. As one of Katie’s caregivers who was by her side through more than 60 treatments of chemo, radiation, immunotherapy and clinical trials, I know the benefit of research. Although the thought of raising $50,000 by June 8 is quite intimidating, Katie nominated me for Woman of the Year before she passed away because she understood the necessity of cancer research.”

Even as a kid, Katie knew she wanted to get her doctorate.

“When we were young, she wanted to be a surgeon,” said Clawson, who has worked at Baker Street Bread Co. for almost 11 years.

She shared an anecdote about her sister and her ability to make light of an awkward moment. Clawson and her siblings had just learned their mother, Pat, who was diagnosed with breast cancer, might need a mastectomy. 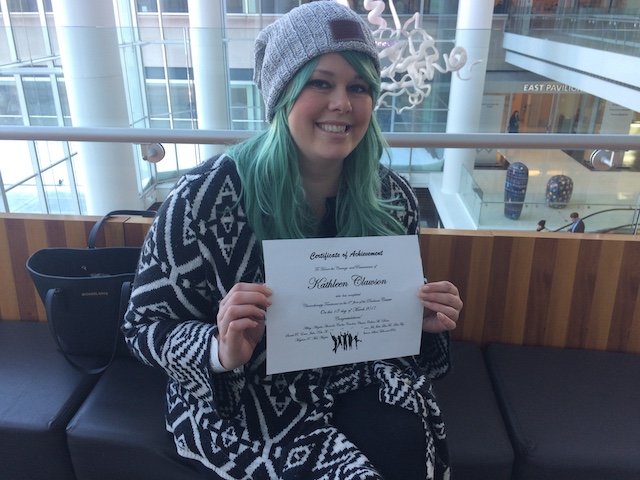 Katie Clawson at the University of Pennsylvania Hospital.

“Katie ran into the kitchen grabbed a butcher’s knife and twirled it between her fingers and said, ‘I can, save you some money,’” said Clawson, who lives in Bridgeport, Pennsylvania.

Katie’s antics and love of adventure are just some of the things people closest to her will remember. But as a child, she was extremely shy. Clawson said she thinks Katie decided to become a school psychologist to help children cope with their own anxieties.

“She used to call me her spokesperson when we were kids, because my parents would say go say ‘hi’ to this person and she wouldn’t want to,” she said. “She was too afraid; so then, she would say 'Chrissy, go say hi for us.'”

On Katie’s Instagram, she wrote she used to be one of those people who rarely expressed her feelings of grief or sadness, but since her journey with cancer that had changed.

“I’ve learned to embrace my tears and the underlying feelings of fear, loss, love, sadness, disappointment and grief that led to tears,” Katie wrote. “I’ve learned to live honestly is to both feel and express the full range of one’s emotions. This lesson has ultimately brought me such peace and has allowed me to cope with cancer.

“Since my diagnosis, I’ve been told hundreds of times to just ‘think positively and all will be okay.’ But when you’ve been refractory to three different types of treatment, you realize that thinking positively isn’t enough. While I agree with that sentiment, it’s not the whole story. Cancer is ugly and there’s no denying it. One of the scariest parts of cancer is realizing that we are not in control of being cured. So, in order to cope with it, I’ve learned to embrace and acknowledge the bad and scary aspects of this journey, and then I hope for the best and focus on what good has come from this journey.”

Donations can be made online. Sue Ann Rybak can be reached at 215-248-8804 or sueann@chestnuthilllocal.com