A memorable year for 3 baseball-playing brothers at SCH

For three brothers to all play varsity baseball together is quite the feat, especially when one is in 9th grade and the other in 10th.

A memorable year for 3 baseball-playing brothers at SCH 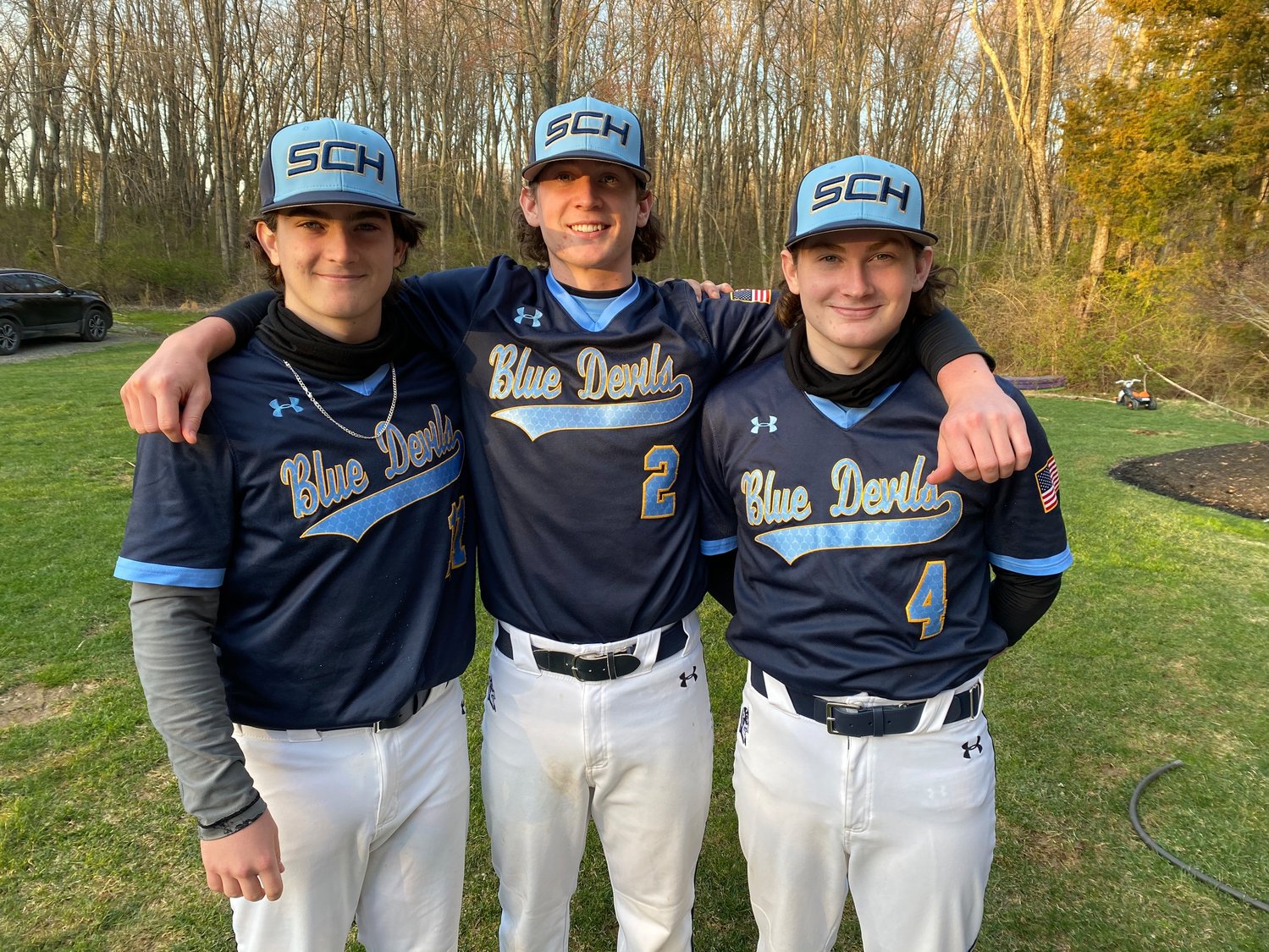 Meet the Finn brothers: Brian (senior), Sean (sophomore) and Rory (freshman). Brian and Rory came to SCH in their freshman years while Sean transferred his sophomore year. The brothers are from Warrington, which is about 45 minutes from the school. Even though it’s a long drive, this obstacle never deterred them from choosing SCH. The brothers said they knew SCH would give them a good educational experience, and each brother admitted that coming to SCH was one of the best decisions that they’ve ever made.

Brian and Sean have played together in the past, but this was the first time that all three brothers were on the same team at the same time for the whole season. On May 20, Brian played his last high school baseball game in SCH’s loss to Malvern in the Inter-Ac playoffs. SCH will lose a great captain in Brian next year, when he moves on to his collegiate career playing for Kutztown.

His brothers are ready to pick up the mantle after watching Brian and learning to become leaders themselves.

Even though Brian ended his SCH career on a sour note, losing to Malvern in the Inter-Ac playoffs, playing with his younger brothers helped make his senior season an unforgettable one.

“Playing with Sean and Rory was really special,” said Brian. “They’re some of my best friends and playing with them made me want to do better as a player and as a leader on the team… Going to the team, one of the core values that builds our baseball program at SCH is “Ohana,” which is brotherhood… As a team we were already a tight-knit group, but personally having my brothers with me made the group feel tighter for me. It was definitely an unforgettable season and I will definitely miss being on the field with them.”

Brian’s brothers, Sean and Rory, both echoed the same sentiments as they reflected on their time as teammates this season, gushing:

“It was the most fun we’ve ever had at baseball before,” said Sean.