A lifetime performing and teaching but not 'rock star'

El Fairworth, 62, admits his dream in life when he was much younger was “to become a rock 'n' roll star.” He is remarkably candid about why he never hit the big time.

A lifetime performing and teaching but not 'rock star' 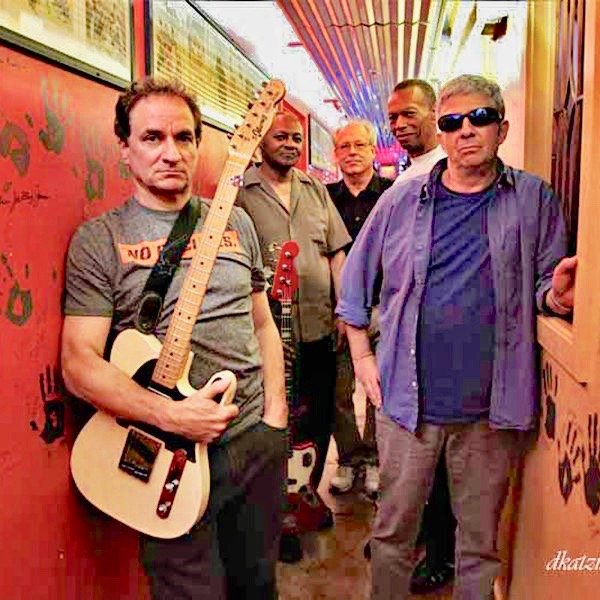 El Fairworth, 62, admits his dream in life when he was much younger was “to become a rock 'n' roll star,” and although he has taught guitar to countless students in the Philadelphia area and has played in bands for decades, including an opening act on tour with early rock 'n' roll legends, he is remarkably candid about why he never hit the big time.

El, who lived as a child on Rosemary Lane, just off Lincoln Drive in Mt. Airy, and now lives in nearby Wyncote, has played with the local band The Real Fugitives for almost 12 years, mostly at John & Peter's in New Hope. (Three of the band members have been together for 40 years.) You can Google their name and hear their hard-hitting rock 'n' roll music, mostly original songs, not “covers,” on YouTube.

Almost all local musicians will say they did not become household names and had to struggle to make a living because they did not get the big break they needed, they had to spend time and energy raising a family, the cut-throat nature of the business, the club owners and managers who did not keep their promises, etc., but El has no rationalizations to fall back on.

“I once cut a cover record of 'Black is Black'” (a big hit in 1966), he said. “Amazing musicians backed me up, but I just did not have what it takes to become a recording artist, and I didn't have a plan B. I don't think you choose a career like that. It chooses you. I don't know what it takes to have a really successful career in music because I didn't have one.

“I like performing on stage, and I'd rather be dead than not play rock 'n' roll, but I was not obsessed. People like Paul Simon and Bruce Springsteen write music that gets into people's souls, but I could not. And I was not prepared to move to L.A. or N.Y. You must be 100 percent in and have a gift. I do not, although there is no thrill like playing on stage with a band. I can go up on stage and not make a fool out of myself, but I don't have that gift you have to have (to be hugely successful).”

A Washington High School graduate, El went to Temple U. for six months in 1975 but left because “I wanted to be a rock 'n' roll star.” He then played with his own band, The Bogart Elliott Band, from 1975 to 1982. The band's highlight was in the summer of 1978 when they toured the U.S. as the opening act for the Coasters, a group that had several huge hits in the 1950s, on the oldies' circuit. “It was the best year of my life,” said El. “When you are 20, it is so much fun. We never got strung out on drugs. They were actually the second generation of Coasters, and they were drunk all the time. In Kansas City we played a couple of songs for a few thousand people, but the Coasters did not show up, so we played more songs, about five altogether. Then the Coasters showed up, drunk and funny. Afterwards people lined up to get OUR autographs. It was nothing but fun.

“In Cancun a beautiful lady turned me down for a date, but after I went up on stage and began playing with the band, she said yes. Women love it ... Once we played in a club called Galdo's Happy Days at 5th and Girard, which was a really bad area. I told my dad it was pretty bad, and he said, 'Do you think you're going to start at Carnegie Hall?' There was a fight out front, but we did wind up having a great time. I found out that no matter how bad the neighborhood is, they will still love the band if you are good.”

El wanted to keep going, but the other band members went back to college. “I was miserable and down to my last $100,” said El, “so I realized I had to teach guitar to bring in some money. So I started teaching at the Livingston School of Music in 1979 (in Elkins Park). After a while I had 40 students. Up until I was 48 I did not think I was a real teacher, but then I realized that I love teaching and am actually good at it.”

So El went back to Temple in 1982 and got a degree in 1985. He supported his family (wife and two daughters) teaching guitar and D.J.-ing on weekends. He was on the staff at the George School in Newtown, Bucks County, from 1995 to 2005 and on the staff at Gwynedd Mercy Academy from 2000 to 2006. He recorded a CD with students from the latter called Girls with Guitars — four singers and eight in the band.

“The girls were really talented, so I told them I would get them on the radio. I tried to talk to Helen Leicht at WXPN but could not get through to her. But by a big coincidence. Helen Leicht's daughter, Rachel, became a student at Gwynedd Mercy. So I gave her the CD, and she gave it to Helen, who loved it and played it on the radio in 2004. That was a thrill for all of us.”.

El went back to school at Chestnut Hill College and got a master's degree in special education in 2009. He then taught at Cheltenham High School, which he hated. Then at Kennedy-Kendrick High School in Norristown, which he loved, but they had cutbacks and laid him off. Since then he has taught at four public high schools in Philly, the latest being Edison High. He also volunteered for 11 years at Harston Hall, a skilled nursing care facility in Flourtown.

On Dec. 19 El will play with The Real Fugitives live outdoors under a tent in Bensalem. For more information, visit reverbnation.com. Len Lear can be reached at lenlear@chestnuthilllocal.com