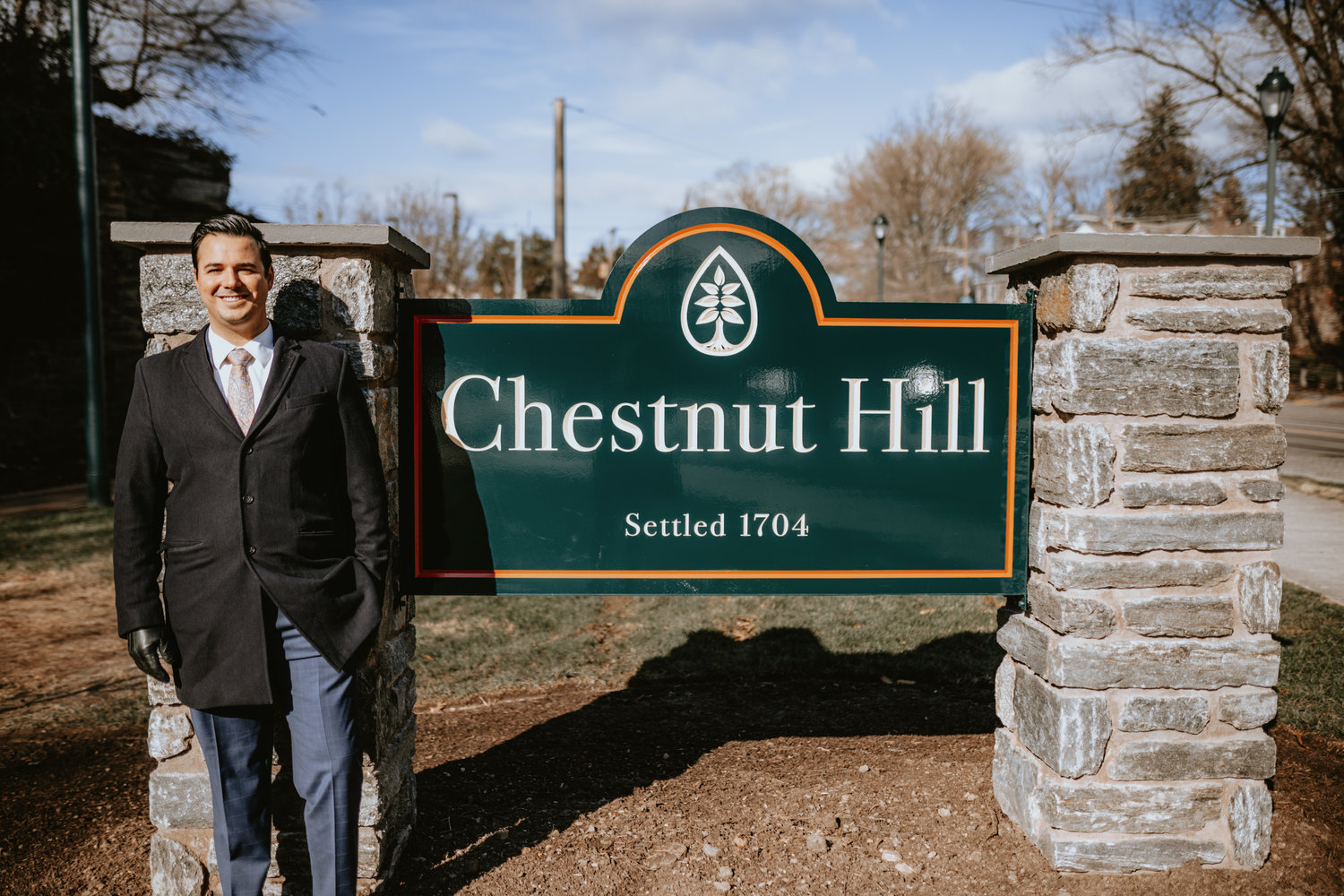 “This was an impressive effort which resulted in the creation of two landmark gateways that will welcome visitors to Chestnut Hill for decades to come,” said Philip Dawson, executive director of the Chestnut Hill Business District.
Posted Wednesday, December 16, 2020 11:20 am
By Pete Mazzaccaro

The Chestnut Hill Business District unveiled new signs last week, a feature piece in the organization’s multi-year effort to improve the entranceways to the Chestnut Hill shopping corridor on both Germantown Avenue and Bethlehem Pike.

The two-sided signs were unveiled at Cresheim Drive and Germantown Avenue and at Bethlehem Pike and Stenton Avenues. The new signs replaced older versions that were in poor shape. The new signs were designed in cooperation with the Chestnut Hill Conservancy and feature pillars of Wissahickon Schist. The work was performed by Cawley Masonry and Rodon Signs.

“This was an impressive effort which resulted in the creation of two landmark gateways that will welcome visitors to Chestnut Hill for decades to come,” said Philip Dawson, executive director of the Chestnut Hill Business District. “We are pleased to continue investing in Chestnut Hill’s future and in the improvement of public spaces within our District.”

The business district funded 50% of the project’s cost, but Dawson said the generosity of donors was instrumental in making sure it was completed. Donors included Bowman Properties president Richard Snowden, Bob and Nancy Elfant, Florence and Richard Maloumian

“This project would not have been possible without the extraordinary generosity of our donors, who appreciated this vision and demonstrated a commitment to the advancement of Chestnut Hill,” Dawson said.